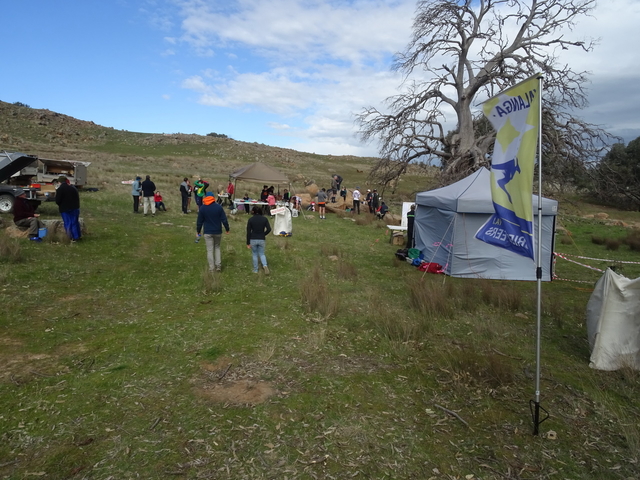 Despite the forecast of nasty weather, the weather held off and Marne Rocks surprisingly sparkled with sunshine on Sunday morning, although unbeknown to most of the gathering, a strong breeze blew over the hill! Marne Rocks hadn’t been used for orienteering since a bushfire had swept through the area about 4 years earlier, which burnt away fences and killed many trees, leading to major changes to the map that was originally produced by Irena Palmer in 1991. Given these issues and problems contacting several key landholders, Steve Cooper decided to set a middle distance OY event.  He set very entertaining and challenging courses in detailed rocky country. 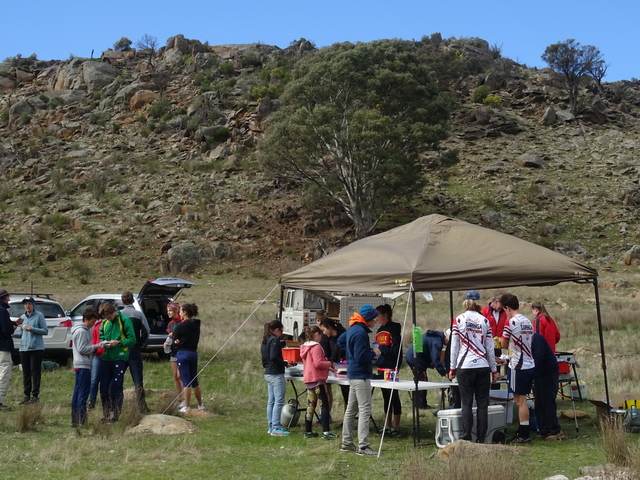 Each course had numerous short legs in the rock detail and changes of direction, requiring good focus, and then some faster easy navigation sections linking properties. (He even put out controls on his birthday!) Hopefully, everyone had a fun time and practiced some middle distance orienteering techniques ahead of the Nationals carnival, where the SA Middle distance champs will be held nearby on a new Keynes Gap map. Steve Sullivan did a great job vetting the controls, with organisation of the event ably provided by Dave and Ruth Nicolson, and with SI set-up provided by Gerry Velaitis. The weather was even kind to all the Yalangan volunteers who collected the controls and packed up at the end. The predicted rains did not fall until we were packed up on our way home! 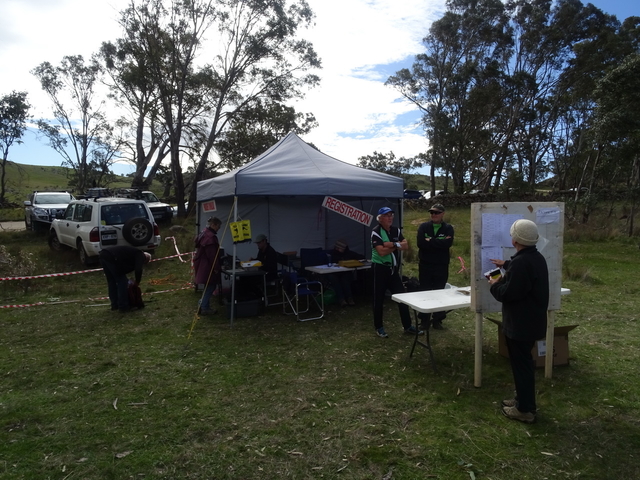 Many thanks to Yalangan helpers Rob, Doug M., Doug F., Anne, Nigel and Leila, to the landholders for allowing us to use their properties, and for a very kind thank-you email from a happy competitor “Great and enjoyable courses, organisation and weather today. Well done to all involved in arranging today's event.”